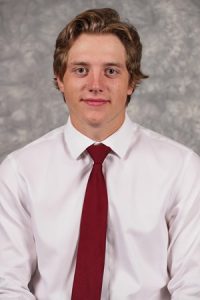 A native of Blaine, Minn. • son of Mike and Kathy Brodzinski • has three brothers (Jonny, Michael and Easton) • father played hockey at the University of Minnesota and was teammates with Bob Motzko at St. Cloud State • Michael Brodzinski played for the Gophers, Jonny Brodzinski played hockey at St. Cloud State and Easton currently plays hockey for the Huskies • selected in the seventh round (196th overall) of the 2019 NHL Entry Draft by the Philadelphia Flyers.