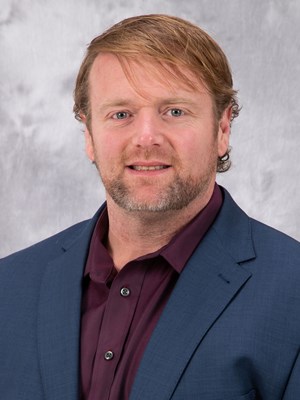 Cal Dietz joined the Athletic Performance staff at the University of Minnesota in 2000. He is currently an Associate Director of Athletic Performance and works directly with the Men’s & Women’s Ice Hockey programs. Dietz has worked with several programs over the course of his career with the Gophers including Men’s Basketball, Men’s & Women’s Golf, Men’s Swimming, Track & Field, Baseball and Wrestling. Dietz’s athletes and teams have achieved numerous accolades including 11 NCAA National Championships, 35 B1G/WCHA Championships. 540+ All-American honors, 30 B1G/WCHA Tournament Championships, 22 NCAA Final Four appearances and several Olympic and World Championships.

Dietz was a Graduate Assistant Strength & Conditioning Coach at the University of Minnesota and completed his Master of Education degree in 2000. Dietz worked with the Gopher Football program and assisted with a majority of Olympic sports during his time as a GA.

Dietz worked briefly at the University of Findlay as the Strength Coordinator and oversaw 26 Men’s & Women’s teams prior to his return to Minnesota. He also was the Offensive Line coach with the Football program, coordinated the university’s fitness center and taught strength and conditioning classes.