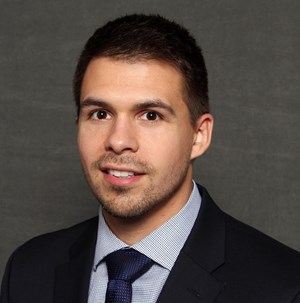 A native of Tower, Minn., Poderzay came to the University of Minnesota after spending six seasons in the same role at Minnesota State. With the Mavericks, Poderzay coached Dryden McKay for three seasons as the three-time WCHA Goaltending Champion and two-time All-American was named a Hobey Baker Award Hat Trick finalist, a Mike Richter Award finalist and the WCHA Player of the Year in 2021. In his six-year tenure in Mankato, Minnesota State won five WCHA regular-season titles and advanced to the NCAA Frozen Four for the first time in program history last season.

Poderzay previously served as a Minnesota Regional Goalie Scout and as a mentor for the USA Hockey National Team Development Program.

As a player, Poderzay spent three seasons at St. Scholastica before a six-year professional career. He earned a bachelor’s degree in business management from St. Scholastica in 2013.