The Rube
Up
0
Down
::
upnorthkid wrote:

After shirking my responsibilities and sitting on the couch for the last two days, it doesn’t look like any of the 8 advancing teams are unbeatable. Michigan and UMD may have had the two best games of the first round, but I think that says more about who they were playing and I wouldn’t characterize either of them as flawless even with one of them being a shutout.


Michigan gave up 3 goals and was out shot. I definitely wouldn’t put that anywhere near best


AIC also had the 3rd best record since Christmas: 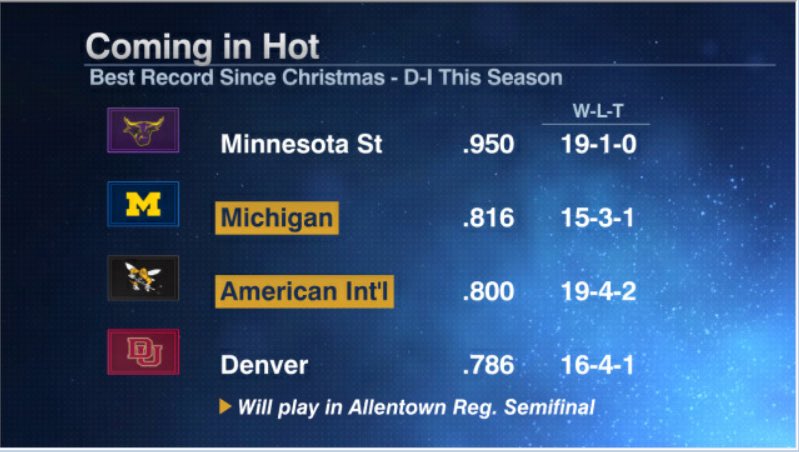