God, I didn’t realize he was such a righteous guitar player. I mean I knew he was good, but I had never seen the video of While My Guitar Gently Weeps. I never became a fan so I never really dug into his performances like that. I also didn’t realize he had such breadth in terms of genre.

Tribute on the web regarding Prince’s musical ability – transcended pop in ways few will ever know. 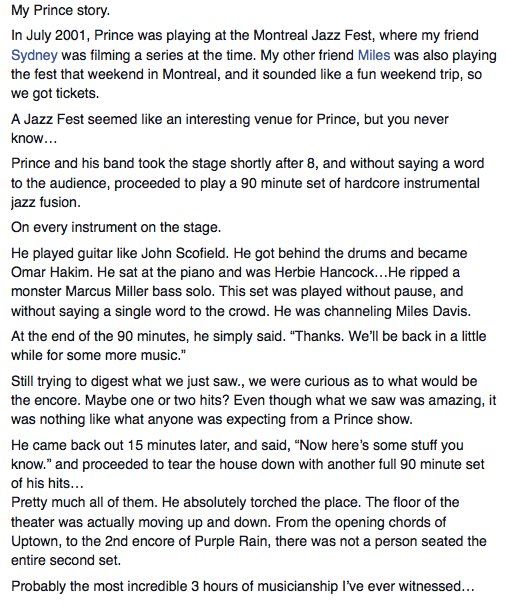 By a musician friend on FB. The single best Prince tribute you'll read. One musician's respect for another. pic.twitter.com/nQMbsuGEDb